After waiting for over year, collectors are finally getting their hands on Panini Fortnite Series 2. Panini listened to the fan base and brought some major improvements to Series 2. The two biggest updates are the new Optichrome Parallels and the removal of the in-game screen shot cards.

Panini also changed the pull rates for Holos, Epics, and Legendaries. You now can expect twice as many holos with an average pull rate of 1 holo per 12 packs. The new Optichromes are the harder pulls with a rate of 1 per 24 packs. On top of collecting both Holofoils and Optichromes, Panini also brought back the highly popular Crystal Shard Parallels.

Panini Fortnite Series 2 has only be released in the U.S.A this year. 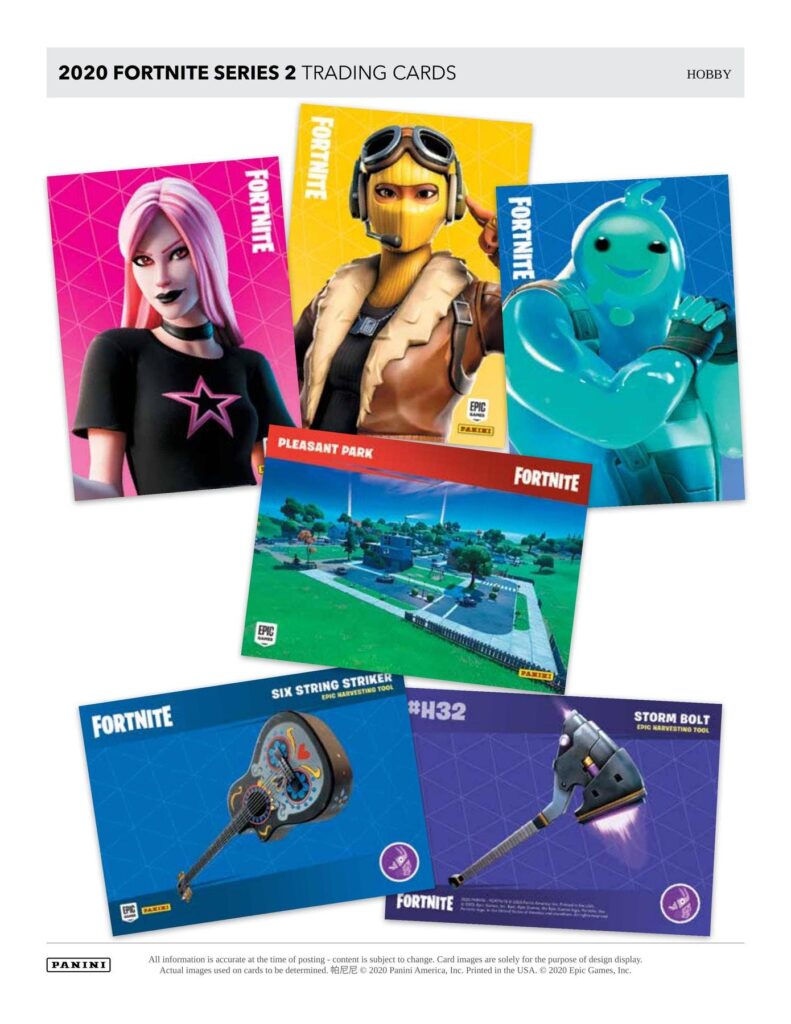 Please check for an email confirmation after subscribing!