One of the most elusive pieces of the Panini Fortnite Series 1 set is the 9 Crystal Shard Promo Set. These 9 parallels were released in limited batches through the Panini website and quickly sold out each of the few times they were stocked. The Cards are numbered as #P1 – #P9 and use the skins shown in the adjacent photo.

In an addition to collecting Base Cards, Holofoil Cards, and Crystal Shards, there are also three slight variations based on the three countries where Panini produced the sets. Panini Fortnite Series One produces in the United States, Brazil, and Italy. This is the only Panini Fortnite Card Series printed in all three Panini Locations to date. All three countries printed the same series but their are slight differences mostly visible between the Crystal Shard (Cracked Ice, Hard Lemonade) parallels. The best way to identify the origin is by checking the foot notes on the back bottom of the card. 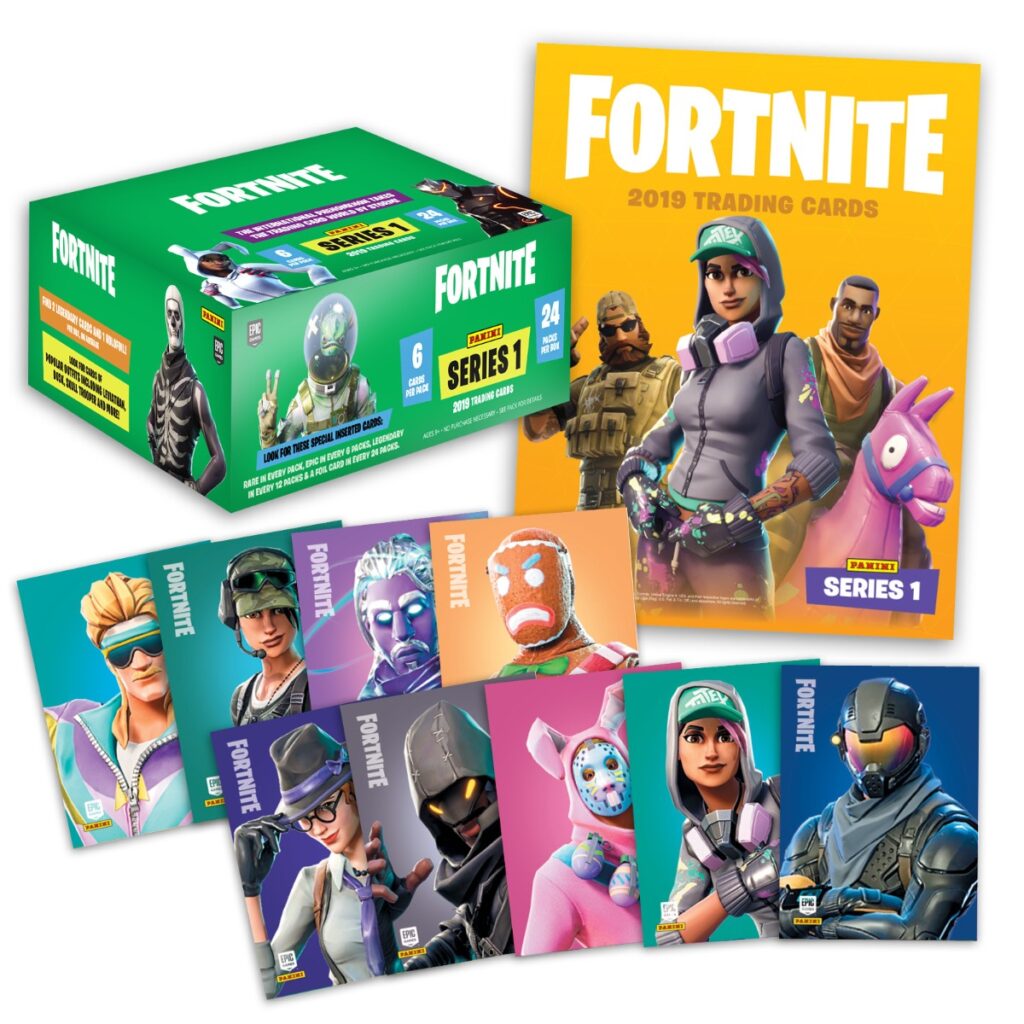