Panini released Fortnite Reloaded in European countries only leaving USA collectors in the dark. Without much information many people weren’t sure where this set came from. It was first listed on ebay as Series 2 and showed a very different approach than series 1. The community slowly realized that this European release was a completely different set than the not yet released Series 2 that came to the USA.

Fortnite Reloaded contained some very interesting cards including Glow in the Dark cards, Moving cards, and Foil Loading Screen cards. None of the skins in this set are holofoils. This set feels like an experiment from Panini to see what works and doesn’t work. The production was very rough leaving a majority of the cards in circulation in very poor condition. The overall set is very interesting and has some true gems if found in good condition! 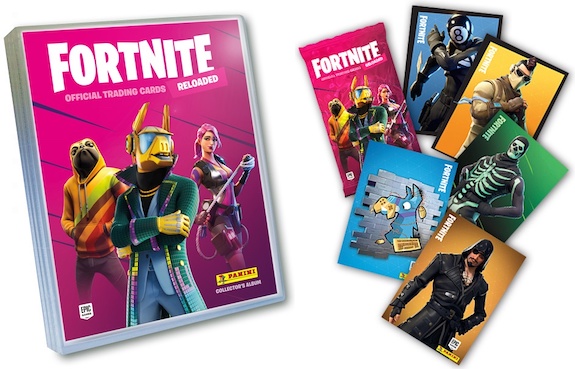